In recent years, there’s been an increasing focus on categorizing clients by age: the Millennials, the Gen Xers, the Boomers, the Mature Buyers. These divisions have become so pervasive that some experts suggest choosing one age group to focus on as a “specialty area,” similar to how a designer might focus on historic renovations, Mid-Century Modern design or kosher kitchens. There are even books about “decoding” customers by age and marketing firms that go strictly “by the numbers.”

But is age really the be-all and end-all of design?

In my family, we’ve always subscribed to the “age is just a number” adage. My 82-year-old father still teaches college classes, is often out ’til the wee hours of the morning playing trumpet with his 18-piece jazz band and bowls three nights a week. He lives his life more like an active 50-year-old than a man in his 80s. The exception occurs when he’s faced with technology – then, he falls into the stereotype of the computer-phobic senior, frustrated by screens that “magically disappear.” He is also still hanging onto his flip phone for dear life, despite offers for free smart-phone upgrades.

But even that isn’t as cut and dried as one might think; indeed, I almost fell off my chair when he told me that the pro shop at his bowling alley discontinued the ball he liked so he ordered it online. I didn’t even know he knew how to use the internet, no less find a discontinued item – “and I got free shipping and no tax, too,” he informed me smugly.

My 20-something nephew, by contrast, is all about the latest gadgets. Yet, as a self-described science nerd, he only takes school notes using pencil and paper. “I feel more connected to what I’m studying that way,” he explains.

And my 50-year-old plumber recently told me about his newest discovery – inspired by a 20-something employee who loves “those someone’s-always-watching-you reality shows.” He found an online network where people pay to watch others online…and he’s now making a tidy second income from people who pay to watch him do plumbing jobs.

All of this reminds me how careful we have to be when we assume we know where someone’s coming from or what people think, want or need based on their age alone. Of course there are generalizations that often impact the design process – the senior homeowner for whom aging in place factors into the design, the millennial couple who want their kitchen to be the command center for their connected home (see story). But when asked about design preferences by age for a recent story, designers admitted that they’re often surprised by client desires, many of which defy those age-related stereotypes.

In fact, as one noted, a lot of bathrooms designed for people in their 70s and 80s aren’t so different from those designed for people in their 30s, 40s and 50s. That’s partly because the concept of Universal Design has focused a spotlight on design elements that make sense for everyone, from non-slip flooring to motion-activated bathroom lighting. And, of course, good design isn’t age specific – after all, everyone finds value in organized and accessible storage, well-designed task lighting and flexible appliances.

Additionally, taste is a very personal thing; a younger consumer may crave something warm and traditional, while an older consumer may decide to play out their color fantasy in unexpected ways.

Nor is it just about design; age can certainly factor into financial means, but as John Morgan points out in his Future Forward column (see story), often it’s more about life stage than years on the planet. The most profitable prospects, he believes, are at a point in their lives when they’re ready to focus on their own lifestyle needs – after the kids are done with college, before they’re in “capital preservation” mode and when enough of the mortgage is paid off that they feel confident investing in upgrading their homes to make them just the way they want them.

Certainly, many of these clients are within a certain age range, but some are older or younger, based on how long it took them to get to that life stage.

So, while it’s useful to understand the subtle nuances that different age groups bring to the table, it’s always wise to avoid letting stereotypes guide your design, sales or thought processes. In the end, age is only one factor of many that makes your clients unique. 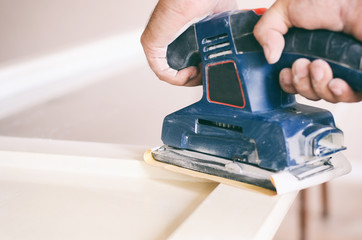 January 19, 2022January 19, 2022
Austin Door Refinishing is an easy and affordable way to restore a door's beauty and increase its longevity. Unlike their older counterparts, modern exterior doors